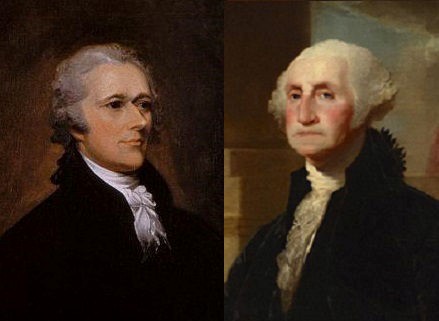 Following the Battle of the Clouds with the torrential rain in the Malvern area, the Continental Army as well as the Redcoats retreated. General George Washington and his aide de camp Lt. Col. Alexander Hamilton marched through the night and entered the village of Yellow Springs the morning of September 17, 1777. While the army rested, General Washington made plans to march to the furnace area west of the village to replenish his lost ammunition destroyed in the rain and give his men additional rest before marching back to protect Philadelphia from the British.

We invite you and your families to join us on Tuesday, Sept. 17, 2019, at 6 p.m. to celebrate this event: HAMILTON AND HOECAKES. Learn about the history of the Revolutionary War in Chester County and dine in The Washington which is on the site of the original inn where Washington and Hamilton would have dined. Step back into our village rich in history and enjoy an evening of songs from the hit musical Hamilton, stories, Colonial games and crafts and a celebration that took place 242 years ago! The Downingtown Community Education Foundation and Historic Yellow Springs join to present this event.

Dress in your favorite Colonial outfit (or other business casual dress) and dine on hoecakes, a favorite of the General, ham, baked beans, mashed potatoes, corn on the cob, dessert and more catered by Montesano Bros, of Chester Springs.

TICKETS
Cost: $55 per person or $50 for Friends of DCEF or members of HYS Purchase tickets online >
Become a Friend of DCEF >
Become a member of HYS >

To reserve a seat call 610 269-8460 Ext. 6113. Seating is limited so don’t delay. Call now or go to www.dasd.org/Hamilton.  Proceeds from this dinner will support the educational mission of the Downingtown Community Education Foundation and Historic Yellow Springs.

SPONSOR
You can become a sponsor in the program book and receive complimentary tickets and ad space in the book. For information on sponsorship contact Pat McGlone at pmcglone@dasd.org.

Alexander Hamilton was born in 1757. From Lt. Col. he was promoted to Major General of the Continental Army and served as senior aide de camp to Commander General George Washington and assisted Washington in running the Revolutionary War. He commanded three battalions at Yorktown, which along with the French support, succeeded in the surrender of the British and the winning of the Revolutionary War.

He was an American statesman and one of the Founding Fathers of our country. He is founder of our nation’s financial system and created the National Bank. A promoter of the U. S. Constitution, he was author of 51 of the 85 Federalist Papers and founded the Federalist Party. He founded the U. S. Coast Guard, the New York Post newspaper and was the first Secretary of the Treasury.

Hamilton died as a result of a duel with Aaron Burr in 1804.

HAMILTON EXHIBIT AT THE LINCOLN BUILDING

As part of our Hamilton summer at Yellow Springs, we will also be hosting an exhibition based on the life of Hamilton in the Lincoln Building. It is available to the public free of charge. It opens August 7th and will run through September 7th. Hours are 10 AM to 4 PM daily. Closed weekends. We encourage you to view this informative exhibition of the life of Hamilton.
+ Google Calendar+ iCal Export